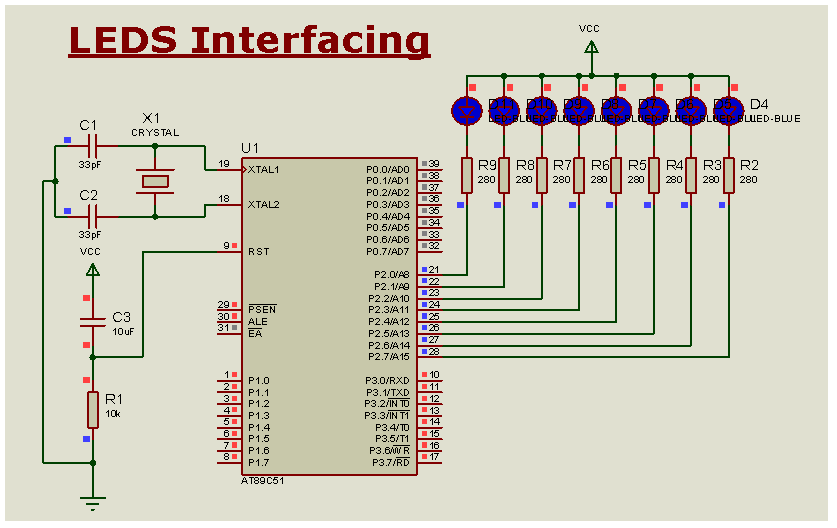 Hi everyone, in this article we will see how to interface LED with 8051 using Keil IDE and proteus.

Light Emitting Diode. These are the semiconductor light sources, Commonly used LEDs will have a cut-off voltage of 1.7V and current of 10mA. When an LED is applied with its required voltage and current it glows with full intensity. The Light Emitting Diode is similar to the normal PN diode but it emits energy in the form of light. The colour of light depends on the band gap of the semiconductor.

Calculating Resistance for connecting to LED

The Device Mapping is the complete Schematic Diagram of the interfacing. In this we will connect the Led’s to our required port and we will write the programming according to the circuit.

Programming for LED’s interfacing with AT89C51

Thanks for reading for any assistance or doubts comment below

How to Interface UART with 8051

How to Interface DC motor with 8051

How to Interface 7 Segment Display with 8051